The Storyboard Android App by Google Research Is it Still a Thing?

I've made a few tests and demos and published a video playlist below. I will add more videos soon, especially as I have a backlog of ideas queued up as the seasonal vacation interrupted the flow.


I have no idea how this App has been used and if it's used at all? How could I unless there was a gallery of comic strips to browse?

Which begs the question in the title - Is it still a thing? It was only launched 26 days ago - yet in the Install, Try and Forget mentality of Apps, how do we see the examples? I'll email feedback and see what they say.

Next Steps - I've started to look deeper into the six visual styles and how we can predict what happens when we load a video. The lead slide and test card are two examples - on their own quite meaningless, yet for the student, quite important with an eye on design.

My own view, and given the time, it's just scratching the surface of this idea - how we can take a short video and make a captivating comic strip. 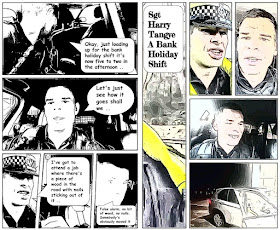 I've used Sgt Harry Tangye's Bank Holiday Shift as one example. The slide shows just nine images with five text boxes which gives a fast idea how effective the storyboard can be. 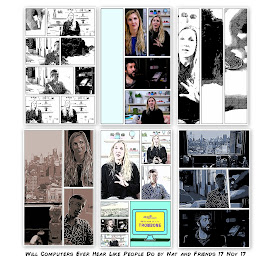 The Fun Element comes with the 'I wonder what it will look like?' An example is the Nat and Friends video Will Computers Ever Hear which is 11:37 long - that's 697 seconds. So if Storyboard created a comic every 5 seconds, that would be 139. Based on an average of 5 images per strip that's 697 images in total.

Yet in practice, you load the video, wait, then pull to refresh as we know. A lot easier.

Looking much wider and we need to, how we can use other Apps and Services like Google Drawings, Picasa, Comic Strip Pro and BeFunky to enhance what we already have made with Storyboard or make new comic strips based on still images.

There are a lot of double positives here, where we may try and test and demo and come up with very little that is new. Or where Storyboard maybe a WONDERFUL App, yet people may pass it by as 'too much work'.

This 'age of instant' we live in is a real worry as those of us who remember taking photos with a film camera will know we have to wait an hour, a day or a week to see any photos at all - not the REALTIME large screens that are on the back of every mobile phone and most DSLRs these days.

I have  a backlog of topics and posts so that's it for this one..

For help adding links see How to add in line links